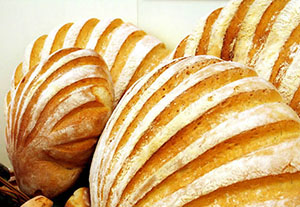 Celiac disease is a condition in which a person’s immune system attacks the small intestines when gluten is present. If a person who suffers from celiac disease consumes rye, wheat, barley, or any product containing these grains, he or she may experience a wide range of unpleasant digestive systems.

Contrary to what some people may believe, celiac disease is not a rare condition. According to a recent study performed by researchers at the University of Maryland Center for Celiac Research in Baltimore, approximately 1 in 133 Americans suffer from the disease. Many of these cases remain undiagnosed, with individuals assuming their digestive symptoms are caused by eating too much greasy or acidic food.

Celiac disease is often confused with a variety of other digestive conditions, including the following:

Tests for celiac disease should be performed before the individual goes on a gluten-free diet. If a person remains gluten-free for several months or longer, their tests may come back negative – even if they have the disease. In order for the test to reveal accurate results, the person must have at least some gluten in their system.

The most common method for diagnosing celiac disease involved a blood test. A sample of the patient’s blood is taken and analyzed for the presence of certain antibodies. People with celiac disease have higher levels of two primary antibodies – transglutaminase antibodies (TGA) and anti-endomysium antibodies (EMA); therefore, blood tests offer an accurate and relatively painless form of diagnosis.

Another method used by doctors to diagnose celiac disease is a stomach biopsy. By removing a sample of the small intestines, doctors can test it for villi. In order to obtain the tissue sample, an endoscope is placed through the patient’s mouth and into the small intestines. The doctor is then able to pull a small sample of the tissue and retrieve it back through the endoscope.

Unfortunately, there’s no known cure for celiac disease at this time. However, there are ways to manage this condition, one of which is to completely avoid any foods and beverages containing the grain-based protein known as gluten. People living with celiac disease should take a proactive approach towards identifying the ingredients in their food. Some restaurants even cater to the special needs of patrons with celiac disease by offering gluten-free menus.

This article was posted in diet, Wellness and tagged celiac disease, gluten. Bookmark the permalink. Follow comments with the RSS feed for this post. Both comments and trackbacks are closed.