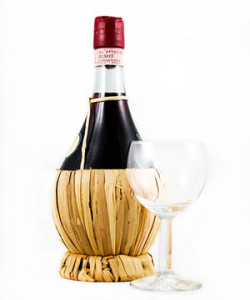 Wine is more than just a delicious beverage to compliment a meal or snack; it’s a part of mankind’s history that dates back thousands of years, spanning across the globe. The truth is that most people consume this beverage without realizing its true value or importance. To help shed some light on wine, keep reading. We’re going to reveal 6 fun and interesting facts about wine.

Contrary to what some people may believe, red wine is actually beneficial to your health. People who drink moderate (1-2 glasses per day) amounts of red wine experience reduced rates of cardiovascular disease, healthier blood-sugar levels, lower blood pressure, and a strengthened immune system. This is due to the fact that red wine contains a powerful antioxidant known as resveratrol – which is found in the skin of its grapes. Unfortunately, white wine does not offer these same benefits since it’s produced without grape skins.

While some connoisseurs may argue over what type of wine is currently the world’s most expensive, the Les Clos Wine Shop at Dubai International Airport claims to win this title. They sell bottles (3 to be exact) of Château Margaux 2009 at $195,000 a pop. It’s important to note that this is the first time  Château Margaux Balthazars has ever been bottled, drawing some attention among wine experts and critics.

Fact #3) France Is The World’s Biggest Wine Producer, and Consumer

This should come as no surprise, but France remains the world’s biggest wine producer, accounting for 6,590,750 tonnes annually. Coming in at a close second is Italy with 4,673,400 tonnes, and Spain with 3,339,700 tonnes. What is somewhat shocking, however, is the fact that France consumes nearly twice of all wine consumed in the world. The French culture loves their wine, and this statistical figure just goes to show how much they consume.

I always cringe when I visit a restaurant or bar that stores its wine upright. While this may not seem like a serious issue, it can take away from the wine’s flavors, aroma and overall quality. When its stored upright, the cork gradually begins to dry out; thus, allowing air to enter the wine compounds. This contributes to early spoilage and can literally ruin an otherwise perfect bottle of wine.

Tired of taking baths in water? Well, you should try doing it in a tub filled with wine. Wine baths are becoming a popular health and beauty procedure practiced by tens of thousands of people. Practitioners and wine spas claim it helps reinvigorate the body, rejuvenate skin, fight aging, improve circulation and much more. So, is there any real benefit behind wine baths or is it all just hype? Their powerful antioxidant and nutritional properties suggest there’s some benefit to them, but the exact amount remains to be seen.

Fact #6) It Reduces Your Risk of Developing Diabetes

A study conducted by researchers at Amsterdam’s VU University Medical Center found that “moderate” wine drinkers were  30% less likely to develop Type 2 diabetes than nondrinkers. For the study, researchers analyzed some 369,892 people over the course of a 12-year period, paying close attention to their wine consumption and general health. The study was published in the 2005 journal Diabetes Care.

This article was posted in diet, Wellness and tagged wine. Bookmark the permalink. Follow comments with the RSS feed for this post. Both comments and trackbacks are closed.